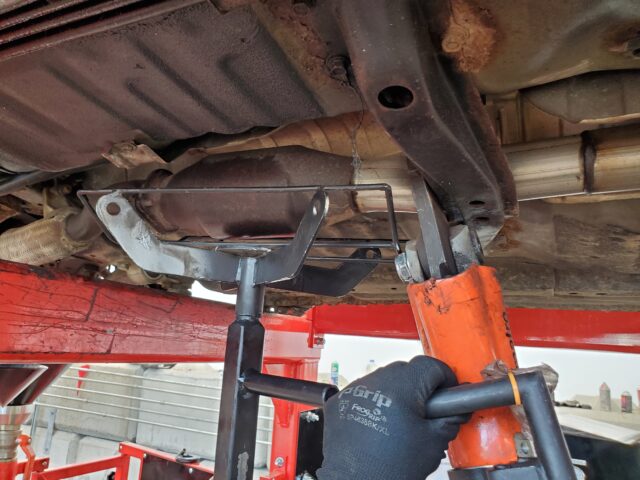 A catalytic converter being removed for vehicle processing. Photo courtesy of Nigel Dove.

In May, our team attended a few sessions of ISRI’s virtual conference – including one on catalytic converter theft, which is rapidly rising due to the precious metals they contain.

ISRI is reaching out and educating scrap metal dealers about this topic in order to stop legitimate dealers from purchasing stolen converters.

In order to better understand why thieves have focused on stealing these items, I turned to Nigel Dove. The founder and CEO of Vortex De-Pollution & Recycling Equipment, Nigel knows his stuff backward and forward. He and his company have a conscious dedication to the client and making the depollution process safe and productive.

In this guest post, Nigel shares with us the lifecycle of catalytic converters – which is quite eye-opening! – what makes them so valuable, and how you, the scrap metal dealer / yard owner or manager can determine legitimate converter scrap versus stolen items.

Catalytic converters are very easy to remove – all that’s needed is a $20 Sawzall and a minute or two of uninterrupted time.  One thief or a few working together can clear out entire parking lots. Think long-term parking at airports, rental car fleet lots, and new vehicle holding lots.

What makes a catalytic converter so valuable? The precocious metals they contain.

Anatomy of a catalytic converter

The converter itself is a big hunk of metal, inside of which is contained the catalyst, which is comprised of ceramic honeycomb coated with salts of Platinum, Palladium, and Rhodium.

These metals are part of the six precious metals that comprise the Platinum Group Metals – or PGMs – and are known for their purity, high melting points, and unique catalytic properties.

The percentage ratios of the PGMs in each converter is dependent on which part of the country it’s from. For example, since California has lower emission ratings, vehicles in this state have converters with more PGM material.

Over time, the catalytic converter material wears out, which is why thieves target newer vehicles.

You can now see the draw of catalytic converter theft. 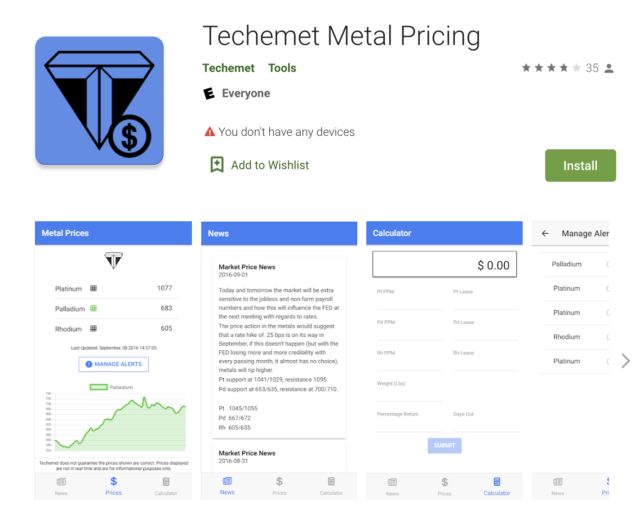 How the catalytic converter market works

The market has two main players: producers and buyers. Producers are the shops that process catalytic converters from vehicles, e.g. muffler shops, self-service junk yards, and auto shops. Buyers include brokers and smelters.

Legitimate shops can process 60 to 100 catalytic converters a day. (My company supplies the high-end cutters that allow technicians to quickly and safely remove the converters for processing and de-canning equipment to recover the PGM bearing materials.)

The converters are then sold to a broker. Each catalytic converter has an identifying number. Using an app, such as the one supplied by Techemet to its customers, the broker inputs the ID number to learn the vehicle make, model, year – and most important – the value.

Once the broker purchases the converters from the shop, he sells them to a processor or will process them himself.

To process, the converters’ precious metal contents are emptied into a bag, which is then sold to a smelter. Currently, four companies in the US process these metals:

At the smelter – processing the PGMs

The contents of the catalytic converter are ground up into powder, from which a sample or assay is taken in order to determine how many parts per million of precious metals the powder contains. A lab report is generated – using this report, the smelter then pays the broker the value of the converter contents.

The powder is melted in a furnace and iron is added to attract molecules – which causes the metals to sink to the bottom. The honeycomb melts into ceramic and rises to the top.

In a multi-step process, the metal is filtered out and ground up and the iron is extracted. What’s left is reconstituted to separate out the PGMs in order to make the salts.

And then the process starts a-new: The salts are sold to manufacturers who use them to coat the ceramic honeycombs for new catalytic converters.

In essence, it’s urban mining, and as you can now see, it’s an industry worth billions of dollars.

How to deter catalytic converter theft

You personally can’t stop thieves, but you can reduce the market for their wares by not buying from them.

If someone walks in off the street with one or more catalytic converters from newer vehicles, chances are, they’re stolen (especially if they’ve been sawed off or include the entire exhaust system).

And, because the industry is rife with fraud, it’s important to do business only with people you know and trust. Don’t buy anything of which you don’t know the origin, and use an app to determine where the catalytic converter came from.

Nigel Dove is the founder and CEO of Vortex De-Pollution & Recycling Equipment. The company manufacturers its end-of-life tools, products, and equipment in Denver, CO for the North American market and in Nottingham for the UK and European market. Visit the company website: https://www.vortexdepollution.com/