Navigating the Current Economic Cycle:
From Peak to Bottom to Recovery 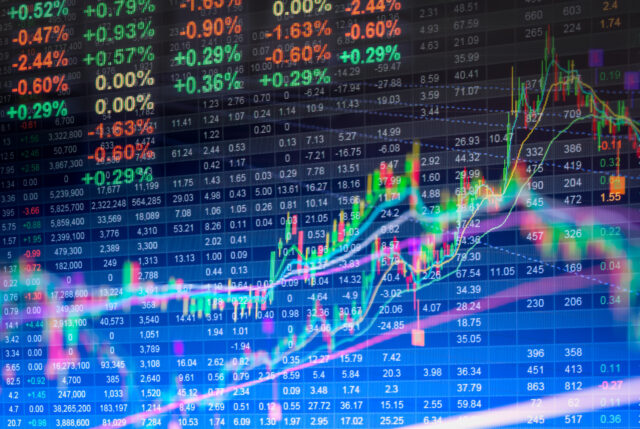 The term “commodity super cycle” is something I’ve been hearing regularly. Most metal recyclers believe we’re in a super cycle; I wanted to know how business owners can navigate this type of cycle, as well as how it plays out from peak to wind down.

Tom: Are we in a commodity super cycle?

DH: First, let’s define it. A super cycle is a cycle that is unusually long in duration and very extreme in bottom to top price movement, far beyond what is seen in normal cycles. For example, I believe we are in the last decade of an economic super cycle, which I define as the period between two depressions, the last being the Great Depression of the 1930s and the next depression being one that I expect to hit in the 2030s. Within a super cycle are many shorter economic cycles with upturns and recessions.

Right now we are hearing a lot about a commodity super cycle because after decades of flatness, commodity prices are beginning to break out and show major price strength. I think it is premature to say we have entered a commodity super cycle because I expect a sharp economic downturn in the second half of 2022 to send commodity prices back down — and down sharply. All sectors of the global economy will be hit hard by this downturn, including commodities.

There will be a strong recovery beginning sometime in 2023 fueled by massive fiscal and monetary stimulus. It will be focused on infrastructure, and we’ll see similar expansion across the globe. Unlike recent recoveries, this one will not be led by the consumer. Rather, it will be an industrial-led recovery.

As a result, demand for commodities will surge and remain strong through the decade. This will drive commodity prices ever higher for several years. We will see prices of all commodities soar to levels few can imagine today. This will be the commodity super cycle.

As I like to say, thinking the commodity prices go straight from here into that super cycle is the equivalent of standing on the South Rim of the Grand Canyon and looking at the North Rim and thinking it is just a short walking distance away because one failed to account for the canyon that lies between the two rims. The same is true of commodities. There is a big canyon in the form of a global bust that lies between the current strong commodity boom and the big commodity cycle that will follow the bust.

Tom: How do we identify the peak of the current cycle?

DH: The stock market typically tops out before the economy so that is certainly one identifier. Copper is another. It’s sometimes referred to as “Dr. Copper” because it’s so economically sensitive and therefore a better forecaster than most PhD economists.

Copper futures are currently around $4.30 and I expect them to rise to $6 in the next six months before plunging to $2 or lower in the economic bust. In the recovery cycle following the bust, we could see copper triple or quadruple the $6 peak I expect for this cycle — and maybe even more than that. We’re going to see a commodity cycle and an inflation cycle much like we saw in the late 1970s and early 1980s except probably even greater.

Tom: What other signposts besides copper should business owners be watching?

DH: Commodity futures in general will provide clues. They’ll roll over before the economy does. When you see prices of steel, zinc, iron ore, lumber, energy and other commodities begin to roll over, it may be a sign that the economy is peaking and a downturn is not far behind.

I also suggest keeping a close eye on XLB, an exchange traded fund that’s entirely invested in commodity stocks and is traded on the New York Stock Exchange. It will show price weakness prior to the economic downturn and likely bottom ahead of an economic bottom.

And as I mentioned before, the stock market is a good leading indicator as it typically leads the economy both up and down by anywhere from three to six months.

Tom: What can we do as business owners before the wind down of the economy?

DH: First and foremost, use the current strong conditions and strong cash flows to reduce debt as much as possible. It’s never a good thing to be heavy in debt going into a downturn. Leverage enhances returns on the way up, but it destroys companies in a downturn.

Don’t get caught with inventory going into the downturn. In many ways, this downturn could be worse than the Great Recession of 2008/09. It’s easy to get excited when business is as strong as it is today but just remember this recovery cycle is long in the tooth. There’s more strength to come but the economy could peak and be rolling over by midyear or shortly thereafter.

Finally, take advantage of the strength in your business today and build up as much cash as possible in coming months. Entering the downturn with a lot of liquidity and little debt will put you in a position to weather the storm and in a much stronger position than most of your competitors when the next recovery begins.

Tom: David, thank you.
I hope for all of us that our next bout of economic turbulence requires crossing a steep rolling meadow with a meandering river rather than the Grand Canyon.

For those of you who would like to learn more about David and his insights, follow him on Twitter at DaveHContrarian. He’s also a frequent guest on the Contrarian Investor Podcast.